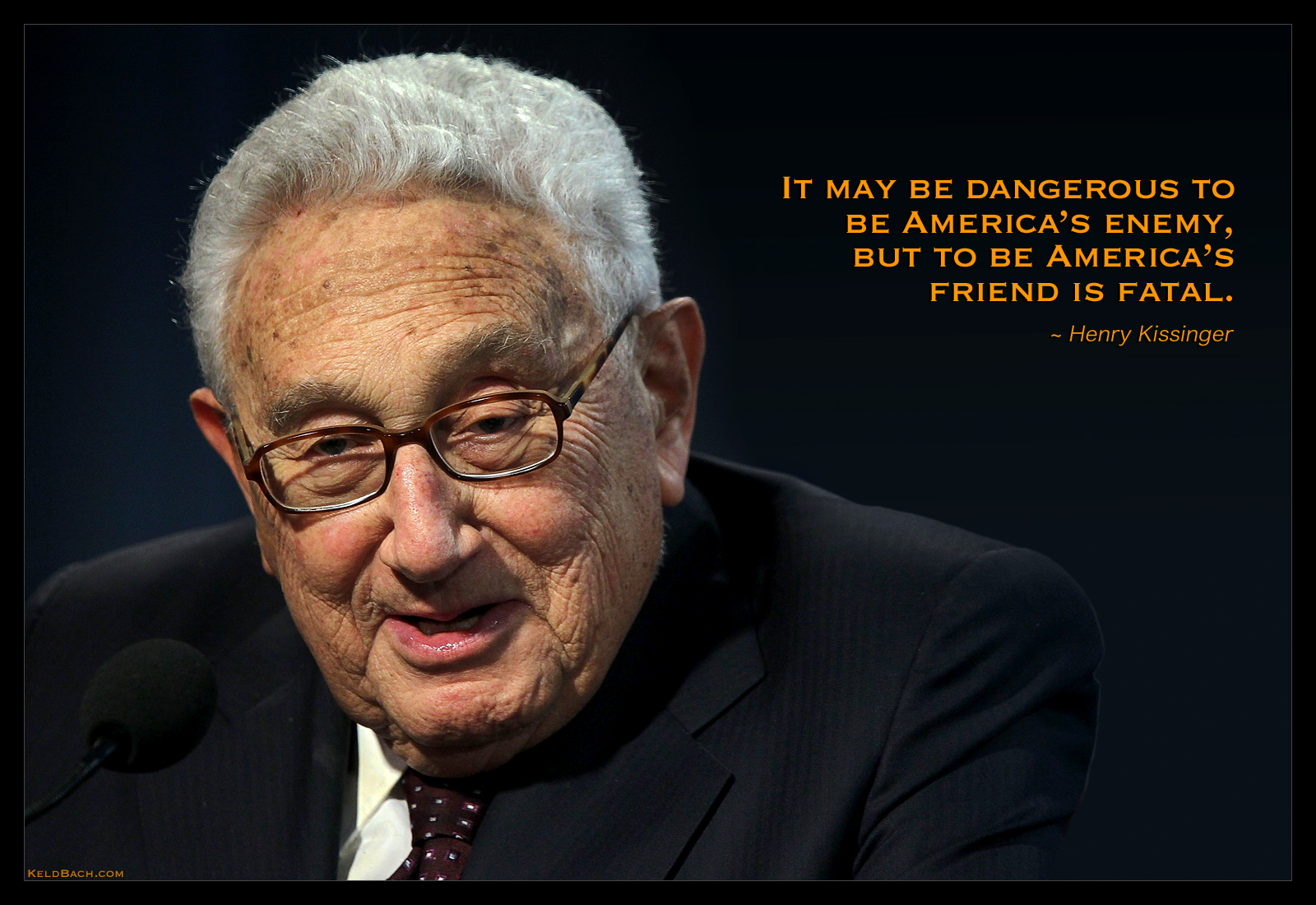 ⦁ The illegal we do immediately; the unconstitutional takes a little longer (1975)

⦁ Depopulation should be the highest priority of foreign policy towards the third world, because the US economy will require large and increasing amounts of minerals from abroad, especially from less developed countries (2000)

Have a great day 🙂

This entry was posted in Culture & Society and tagged Henry Kissinger, quotes, USA. Bookmark the permalink.