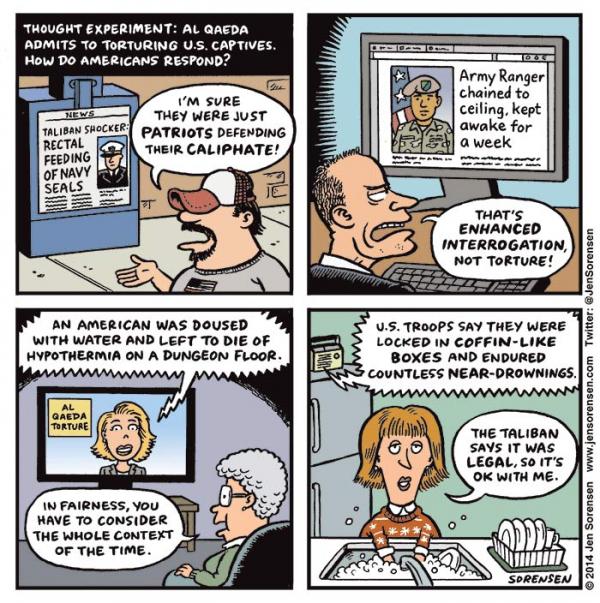 A majority of Americans believe that the harsh interrogation techniques used on terrorism suspects after the Sept. 11, 2001, attacks were justified, even as about half the public says the treatment amounted to torture, according to a new Washington Post-ABC News poll.

By an almost 2-1 margin, or 59-to-31 percent, those interviewed support the CIA’s brutal methods, with the vast majority of supporters saying they produced valuable intelligence.

In general, 58 percent say the torture of suspected terrorists can be justified “often” or “sometimes.”

Related: Dick Cheney: “I would do it again in a minute.” | Doctors Without Scruples

1 Response to Poll: Most Americans Believe Torture is Justified