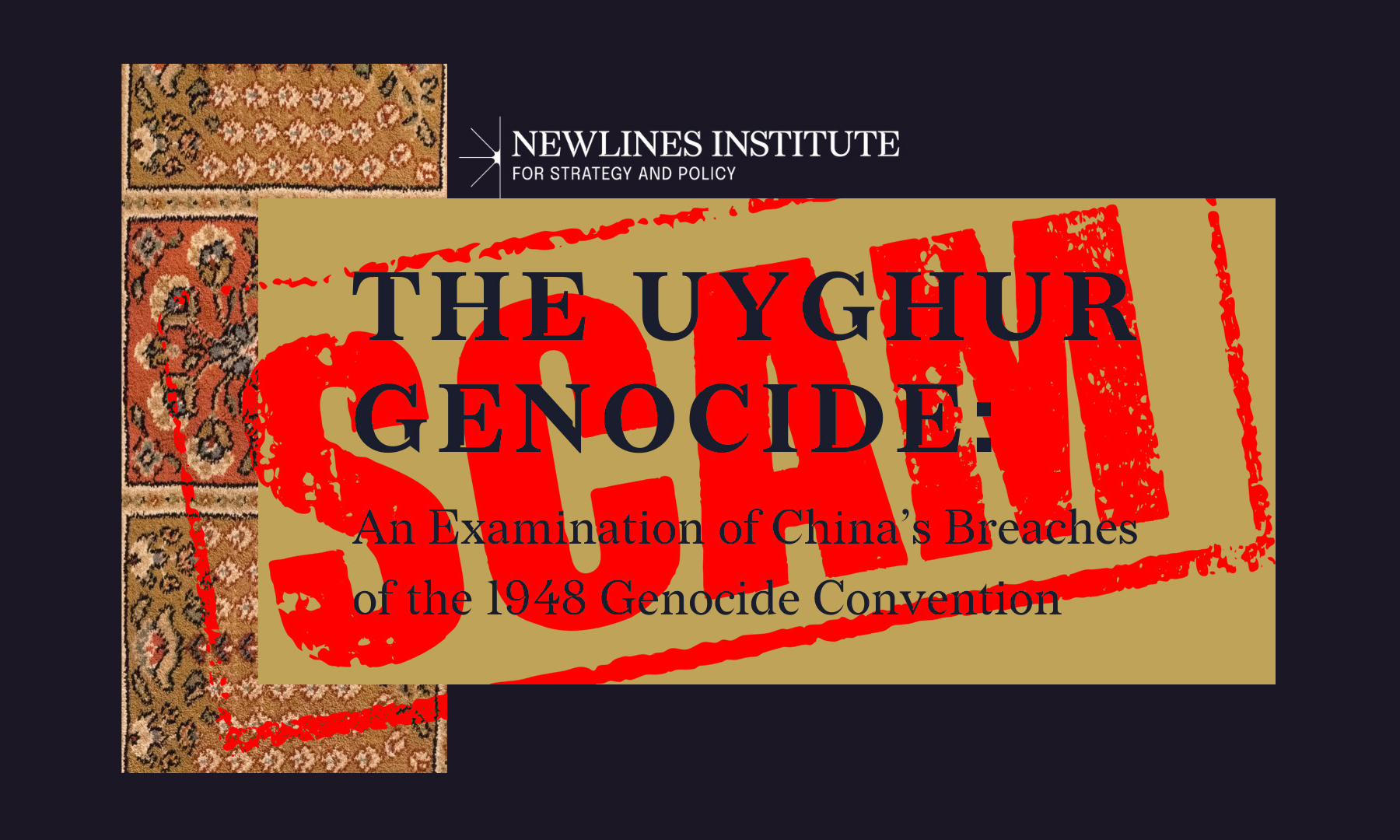 U.S. media hailed a Newlines Institute report accusing China of Uyghur genocide as a “landmark” independent analysis. A look beneath the surface reveals it as a regime change propaganda tool by interventionist operatives at a sham university.

Throughout March 2021, headlines in corporate media outlets from CNN to The Guardian blared about the release of the “first independent report” to authoritatively determine that the Chinese government has violated “each and every act” of the United Nations convention against genocide, and therefore “bears State responsibility for committing genocide against the Uyghurs.”

The report, published on March 8 by the Newlines Institute for Strategy and Policy, in collaboration with the Raoul Wallenberg Centre for Human Rights, follows a last-minute accusation made in January by the outgoing Trump administration, along with similar declarations by the Dutch and Canadian Parliaments. It was published shortly after the release of a remarkably similar report on February 8 that was commissioned by the U.S. government-backed World Uyghur Congress, and which alleged that there is a “credible case” against the Chinese government for genocide.

Read the full article at: The Grayzone

America and its allies, under the guise of the War on Terror and humanitarian intervention, have droned, bombed and killed millions of Muslim children. women and civilians in a dozen of countries from Afghanistan to Yemen, and displaced millions more.

The West engaged in a full-scale irregular war to destabilize China. The U.S. created the Uyghur problem in Xinjiang by sponsoring terrorists there. The same tactics it used in Cuba, Venezuela, Vietnam, Iraq, Afghanistan, Syria and Libya.

Groups like the World Uyghur Congress have offices in Washington D.C. and funded by the U.S. State Department via the National Endowment for Democracy (NED). The NED’s website admits to meddling and breaks down its targeting of China into several regions including mainland, Hong Kong, Tibet, and Xinjiang/East Turkestan (“East Turkestan” is what Uyghur militants and separatists call Xinjiang).

Background image is courtesy of The Grayzone.