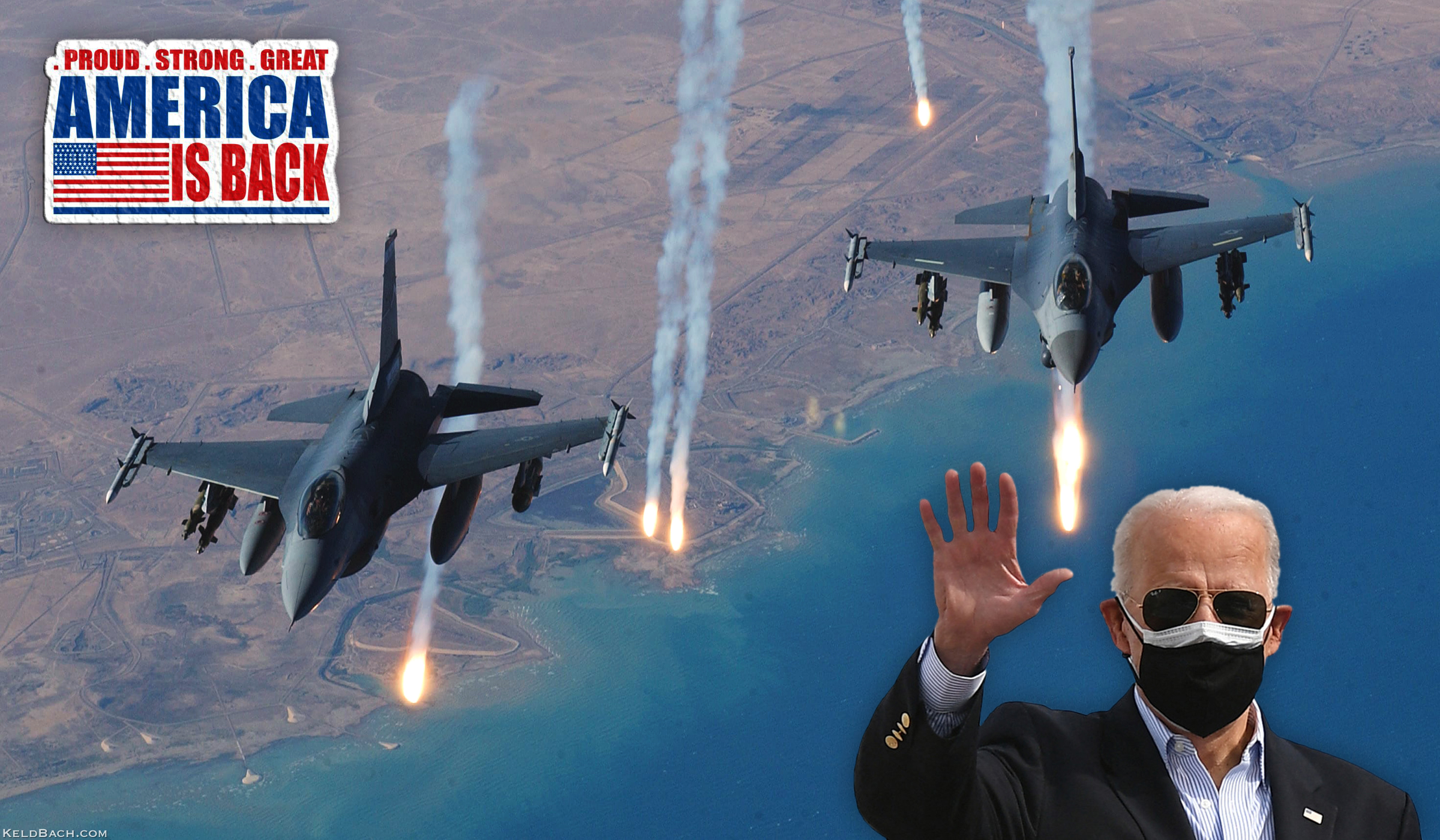 Or rather, the U.S. War Machine is Back! Joe Biden picked up where Obama left and vowed to continue the endless war in Afghanistan, and after only 36 days in office, he ordered the first U.S. air strikes against alleged Iranian-linked fighters in Syria. A nation it invaded and is illegally occupying, because of attacks on “US locations” in Iraq, another nation the US invaded and is illegally occupying. This attack is justified on the basis that the fighters were “Iranian-linked,” a claim that is both entirely without evidence and irrelevant to the justification of deadly military force. Oh yeah, Uncle Sam is back on his old, devastating war track!

Background image is courtesy of U.S. Air Force, modified by me.