Erdoğan, Salman and the Coming ‘Sunni’ War for Oil 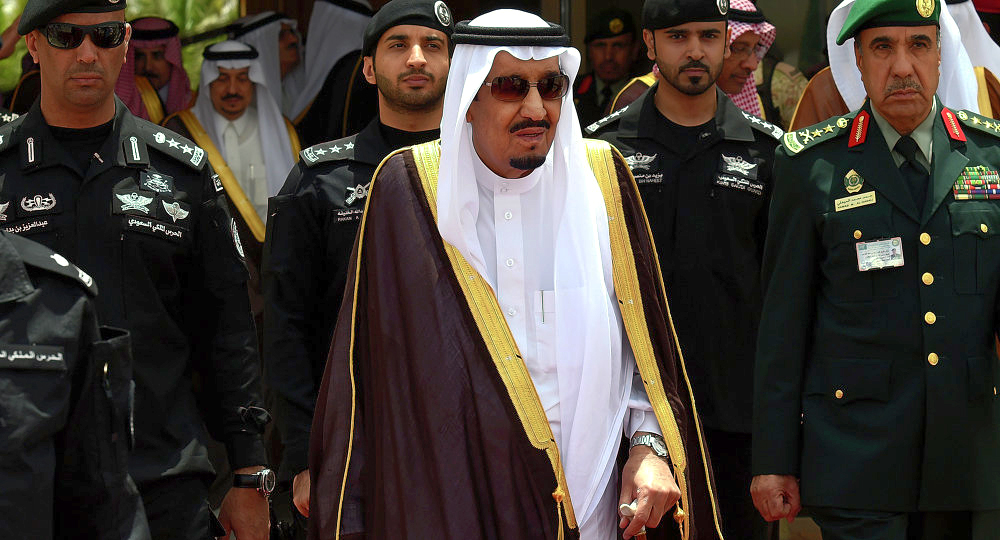 On December 15, Saudi Arabian Defense Minister Mohammed bin Salman announced the formation of what he called an “Islamic Anti-Terror Coalition.” Officially it will be headquartered in Riyadh, Saudi Arabia. Salman, refusing to be concrete as to which “terrorists” he has in mind targeting with military action, declared his coalition would “go after” terrorists in Iraq, Syria, Libya, Egypt and Afghanistan.

Saudi’s Prince Salman stated in an official release that the 34 Sunni states will act, “to counteract terrorism, which became a threat to the interests of the Islamic nation, on the basis of the right of peoples for self-defense.” The term Islamic nation might be better translated as Islamic State as in IS.

Notable about this Saudi coalition of her Sunni allied states across the Islamic world is the complete absence of any states of the Shi’ite Islam group including Iran, Iraq and of course, Bashar al Assad’s Syria.

The name of the coalition, the Islamic Anti-Terror Coalition, is also notable. Sounding suspiciously like the terminology of Russia’s quite different war against anti-regime terrorist groups in Syria, the Saudis do not consider DAESH to be terrorists. They are made up of a significant number of Wahhabite Saudi nationals and financed with Saudi money to a major degree, as well as Qatari money, in order to topple the Assad regime and make way for a Saudi-controlled entity ruling Syria, or, at least, a major part of its oil regions. For the Saudis, those who support the “infidel” Assad are the real “terrorists.”

Erdoğan’s Turkish military and most especially his Turkish intelligence, MIT, headed by close crony, Hakan Fidan, is playing a key role in the planned Saudi-Turk-Qatari coalitions move to destroy the regime of Assad and at the same time seize control for them of the rich oil fields of Iraq between Mosul and Kirkuk.

In an October 18, 2015 interview with the Turkish news agency, Anadoly, Fidan stated the open Turkish support for DAESH: “The Islamic Emirate [IS-w.e.] is a reality and we must accept that we cannot eradicate a well-organized and popular institution as the Islamic State is. Therefore, I urge my colleagues in the West to revise their mindset on Islamic political currents, to put aside their cynical mentality and thwart Putin plans to crush the Islamist Syrian revolutionaries.” In other words, for Turkey as for Saudi Arabia, DAESH is not a terrorist organization, nor Al Nusrah Front, rather they are “Islamist Syrian revolutionaries” fighting the “infidel” Assad regime and its Russian ally. Hakan Fidan’s involvement in the illegal downing of the Russian SU-24 in November in Syrian airspace is indication of what will come.

Not only is Erdoğan’s son, Bilal Erdoğan, involved in illegally exporting the stolen Iraqi and Syrian oil. Erdoğan’s son-in-law, Berat Albayrak, was named by the President to be Turkish Energy Minister the day after the Turkish shooting of the SU-24, and it was Turkish Grey Wolves terrorists in Syria who murdered the SU-24 Russian pilot that Erdoğan’s Air Force shot down.

The recent unwanted Turkish military incursion into Iraq’s Mosul region, ostensibly to train fighters linked to Iraqi Kurdistan’s president, Massoud Barzani, shows further that Turkey will be the battering ram of the planned Saudi conquest of Syrian and Iraqi oilfields, wrapped in the banner of Jihad and Allah.

And on December 18 Turkey revealed it is building a military base in Qatar, a key financier of DAESH as well as Al Qaeda’s Al Nusra in Syria. Turkey’s Ambassador stated the Turkish base, which will station some 3,000 Turkish troops on the Persian Gulf base, which will include ground troops, air force and naval personnel, as well as instructors and special forces, will be for the purpose of confronting “common enemies” in the region. “Turkey and Qatar face common problems about developments in the region and uncertain policies of other countries…We confront common enemies,” Turkey’s Doha Ambassador stated. Now could those “common enemies” just possibly be Syria’s Assad who in 2009 refused a Qatar gas pipeline proposal in favor of remaining Russia’s ally in gas? Could they be Iran, whose own giant North Pars gas field is a geophysical extension in Iranian waters of Qatar’s gas in the Persian Gulf?

Related: What Stinks in Saudi Arabia Ain’t the Camel Dung