The U.S. War Machine at Work 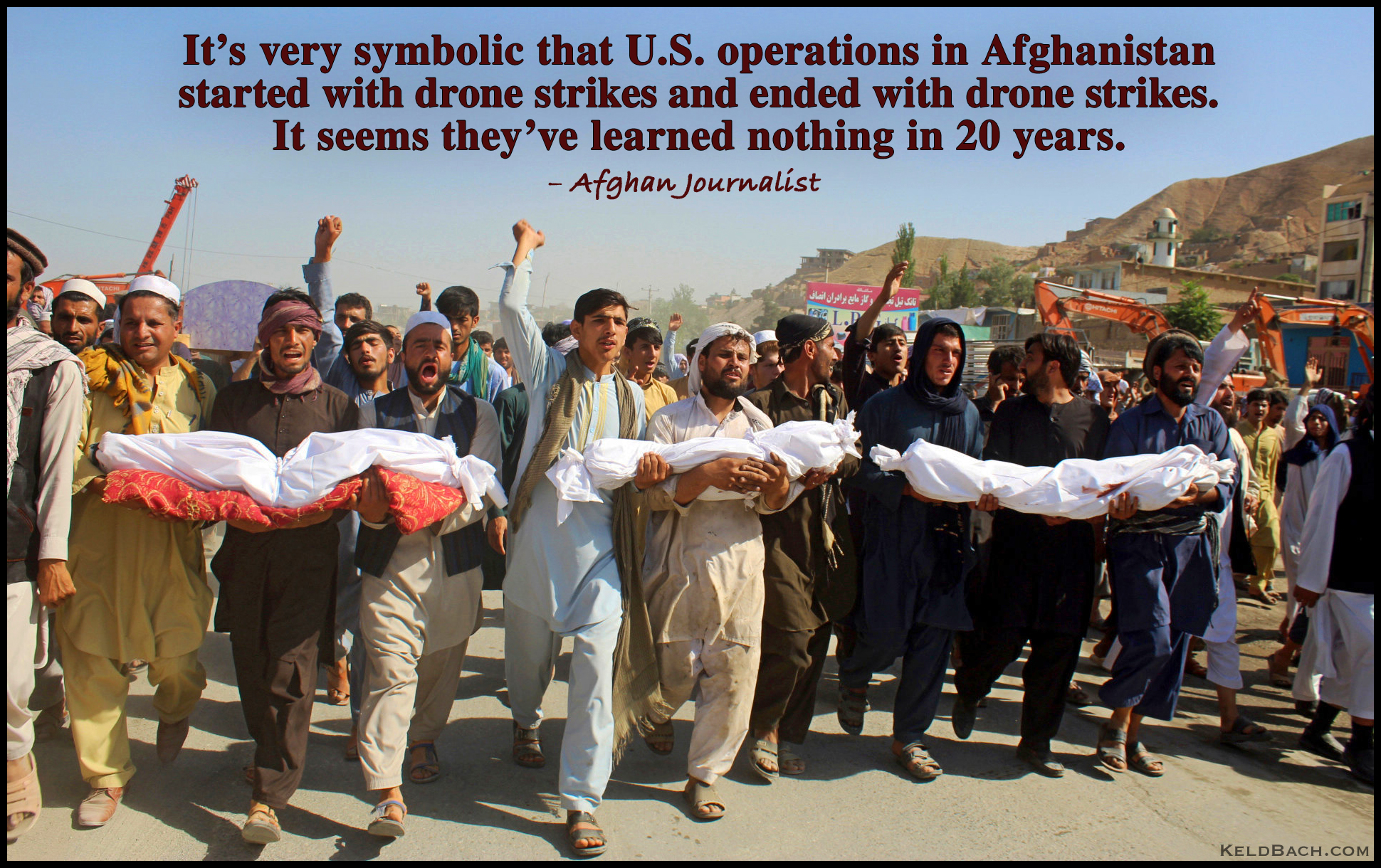 The Ahmadi and Nejrabi families had packed all their belongings, waiting for word to be escorted to Kabul airport and eventually moved to the United States, but the message Washington sent instead was a rocket into their homes in a Kabul neighbourhood.

The Sunday afternoon drone attack, which the US claimed was conducted on an Islamic State in Khorasan Province (ISKP, or ISIS-K) target, killed 10 members of the families, ranging from two to 40 years old.

Neighbours said the house, where little boys and girls had been playing a few minutes prior, turned into a “horror scene”. They described human flesh stuck to the walls. Bones fallen into the bushes. Walls stained red with blood. Shattered glass everywhere.

Background image is courtesy of New York Times, modified by me.

This entry was posted in Imperialism & Colonialism, War & Terror and tagged Afghanistan, U.S.A.. Bookmark the permalink.