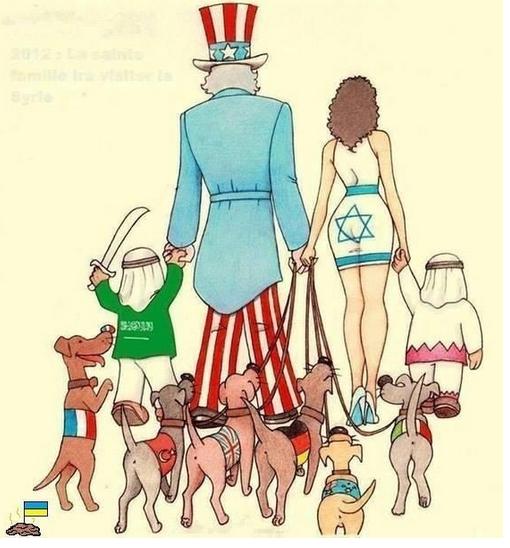 The European poodles who co-signed the nuclear deal with Iran – Britain, France and Germany (the EU3) – have been told by the Trump administration to kill the agreement. Today they started the process to do so. The other co-signers, Russia, China and Iran, continue to support the deal.

In May 2018 the U.S. left the Joint Comprehensive Plan of Action, or JCPOA as the agreement is known, and reintroduced sanctions against Iran.

While the Europeans had said that they would continue to support the deal they have succumbed to the threat of secondary sanctions the U.S. said it would impose against them if they trade with Iran. As all payments between Iran and its trade partners are impeded by the sanctions, trade between Europe and Iran has come essentially to a halt. The Europeans have attempted to set up an alternative trade facilitating instrument known as INSTEX. But the mechanism, which also imposes additional conditions on Iran, has failed to function.

The Europeans could have implemented several other measures to counter the U.S. sanction threat. They failed to do so.

Full article at: Moon of Alabama