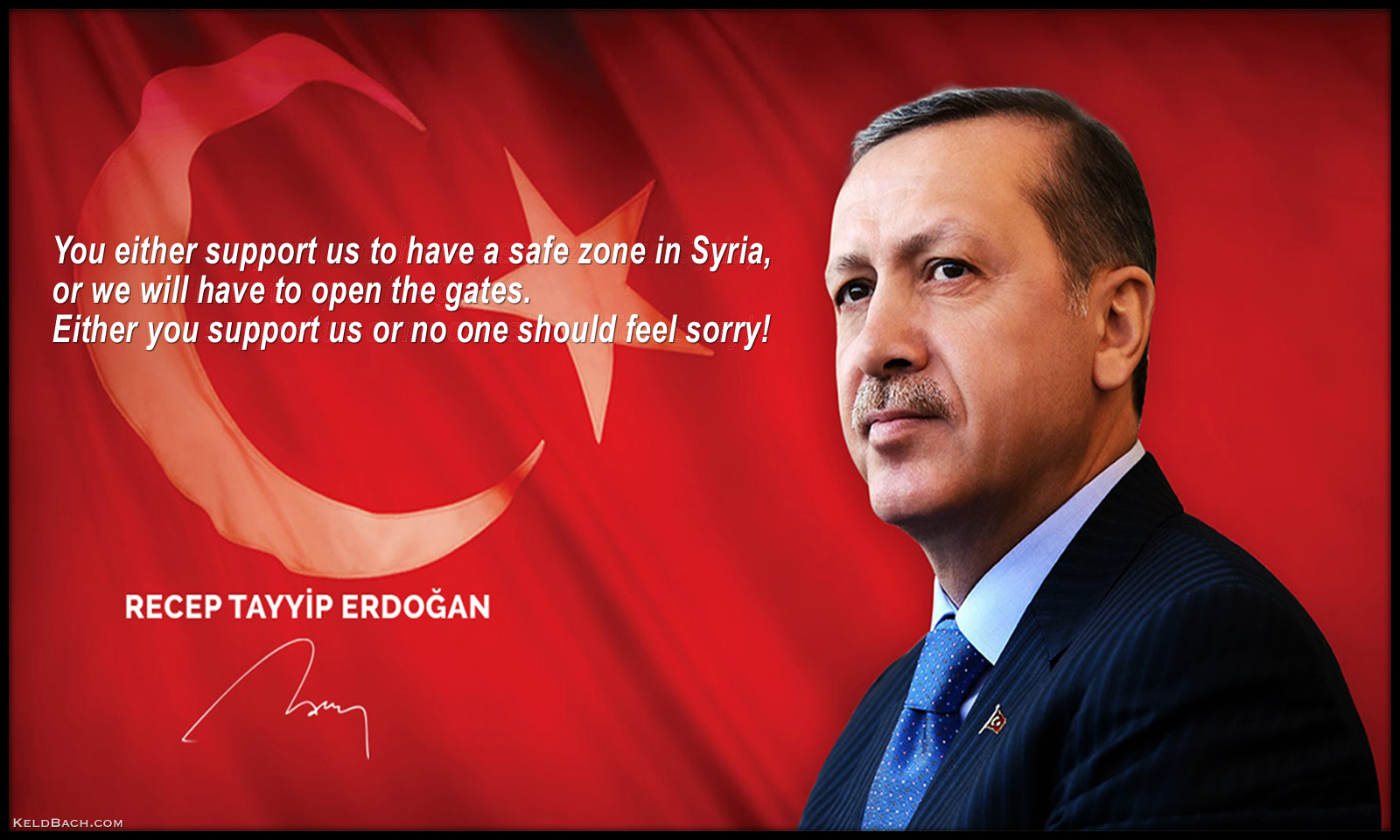 Background image courtesy of Globalo.com, modified by me. Click image to enlarge.

“We will be forced to open the gates. We cannot be forced to handle the burden alone,” Turkish President Recep Tayyip Erdogan warned on Thursday while demanding that European countries give political support to his controversial ‘safe zone’ plan in northern Syria.

Ankara is currently in tense negotiations with the United States over Erdogan’s plan to militarily carve out a large swathe of territory along the Turkish-Syrian border which would serve as a buffer zone of sorts where US-backed Kurdish militias could not operate.

Erdogan said one million refugees could settle in the new buffer territory, thus alleviating the crisis on Turkish soil, and ultimately for Europe as well.

Turkey sees the YPG core of the Syrian Democratic Forces (SDF) as a terrorist extension of the outlawed PKK. Turkey has of late vowed to carve out the proposed ‘safe’ territory on a unilateral basis if it can’t make progress with Washington.

Erdogan issued a ‘with us or against us’ ultimatum to the world on Thursday:

“You either support us to have a safe zone in Syria, or we will have to open the gates. Either you support us or no one should feel sorry!”

Read the full article at ZeroHedge