Unspoken Alliance Between US Govt & Fascists 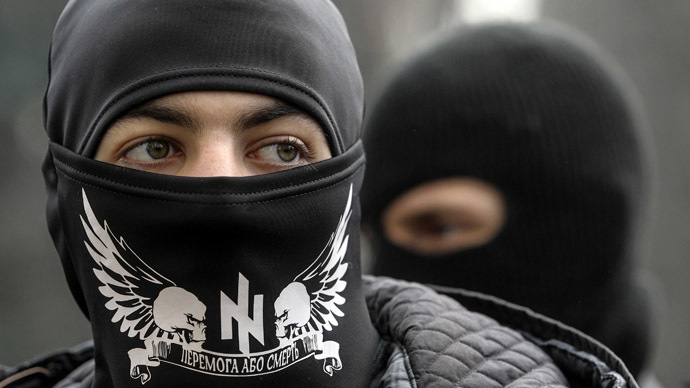 ​The fact that US government is supporting the Right Sector and Svoboda in Ukraine as they praise Hitler and engage in a campaign of terrorism is shocking to many people in the United States.

It runs contrary to everything they have been told about the US and its history. The narrative commonly taught in US schools is one of the US being a ‘homeland of freedom and democracy’ that battles against ‘tyrants’ and ‘fascists’, not supports them.

In fact, the relationship between the US government and fascist groups has always been an unspoken, unstable, and unacknowledged friendship. The relationship does not just take place in far off countries like Ukraine, but within the domestic United States.