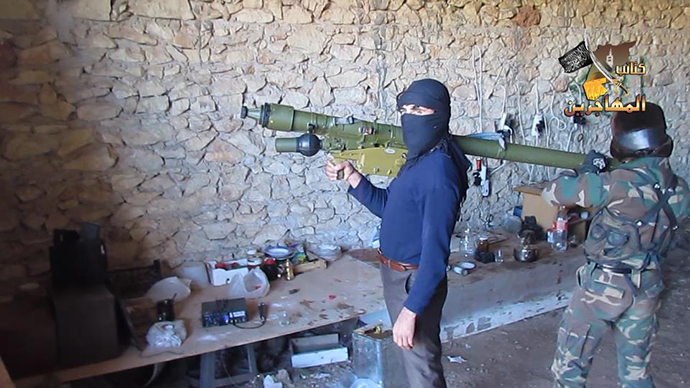 Frustrated by the deadlock of the second round of Geneva 2 talks, Saudi Arabia has reportedly offered to supply the rebels with anti-aircraft missiles. Meanwhile Russia has accused the US of once again hijacking peace talks and pushing for regime change.

According to a report by the Wall Street Journal, Russian-made antitank guided missiles and Chinese man-portable air-defense systems are up for grabs, already waiting in warehouses in Jordan and Turkey.

An Arab diplomat and several opposition figures with knowledge of the Saudi efforts have told WSJ that these supplies are likely to tip the battlefield scales, as the rebels will become capable of taking on the government’s air power and destroying heavy armored vehicles.

“New stuff is arriving imminently,” a Western diplomat with knowledge of the planned weapons deliveries told the American publication.

Leaders of the Syrian opposition said they don’t yet know the total amount of military aid that will be shipped. The new weapons are expected to reach southern Syria from Jordan while the opposition in the north will get arms from Turkey, the Western diplomat said.

The Wall Street Journal also reports that their rebel sources claimed the US government is paying their salaries to fight the Assad forces. The Southern Front brigades allegedly received $3 million in cash in salaries during the two meetings in Jordan, one held on January 30 and the other late last year.