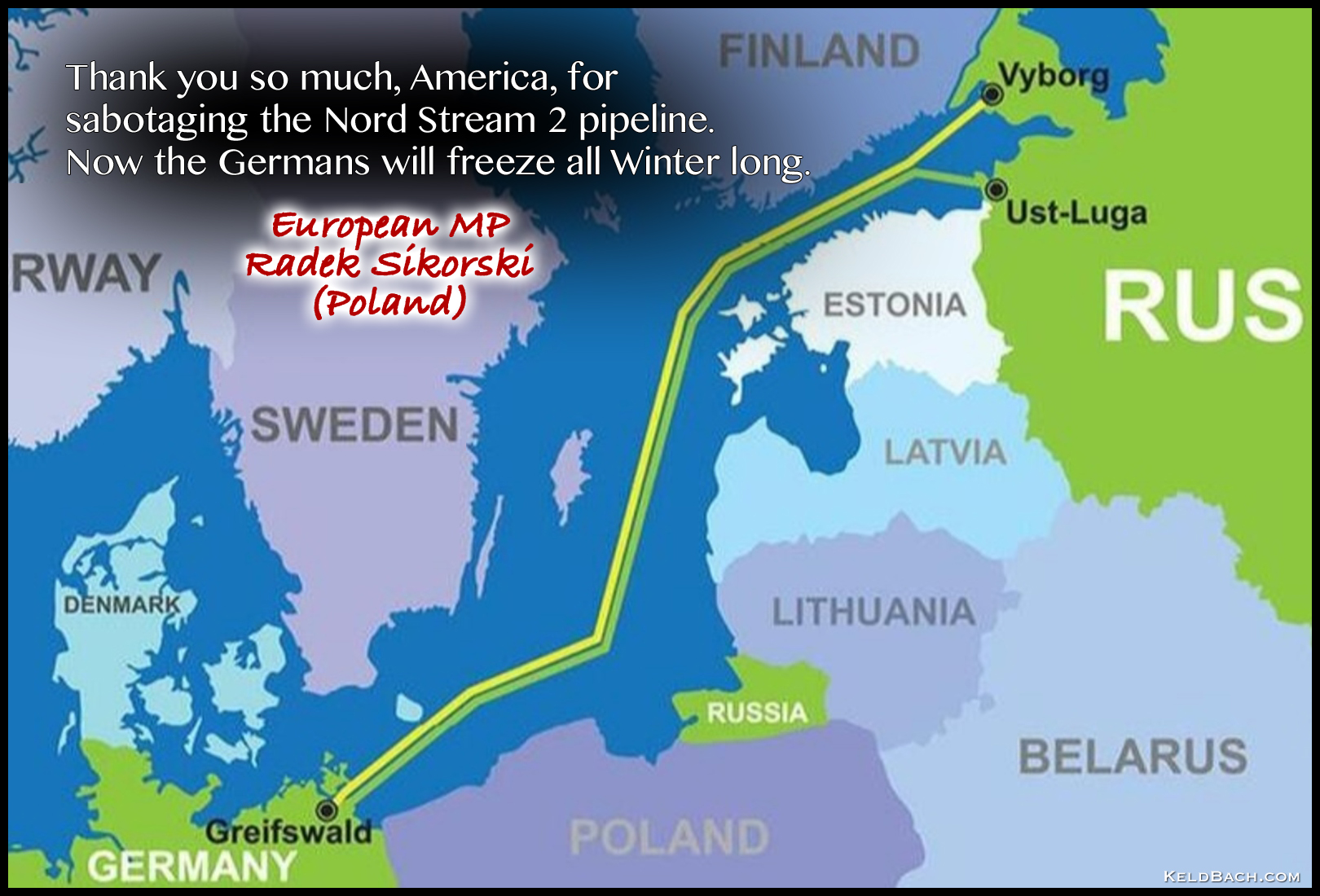 Russian Foreign Ministry’s spokeswoman, Maria Zakharova, said that this might be regarded an official statement of being a terrorist attack. (Source: TASS)

In February this year U.S. President Joe Biden said the following to a reporter:

Pres. Biden: “If Russia invades…then there will be no longer a Nord Stream 2. We will bring an end to it.”
Reporter: “But how will you do that, exactly, since…the project is in Germany’s control?”
Biden: “I promise you, we will be able to do that.” (Source: ABC News)