Following recent election success, Israel’s ultranationalist right held a zealous march on Jerusalem Day; a day of celebration for them, but a day of sorrow for Palestinians and the secular left.

Bringing together pro-nationalist zeal and religious fervour in a show of force, supporters of the Jewish Home Party, whose success in recent elections heralds the entry into the mainstream of the pro-settler hardcore, recently marched in the holy city. They claim their right to the land from Judaism’s holy texts; but not everyone in Israel agrees with their views. “People from Tel Aviv think all settlers throw stones at Arabs,” says a settler from Susya. Support for the Jewish Home Party is strong on the West Bank, where settlements are continuing to expand. The mayor of Wadi-Fukim says every day yellow signs declaring ‘State Land’ go up on new areas of the Palestinian village. What’s more, Beta-Elit, the neighbouring settler housing development, dumps its sewage on their agricultural land, he claims. “Our produce from the village is famous in Palestine,” says the mayor, but that reputation has now been tarnished. Only 450 of the 3000 acres that once constituted Wadi-Fukim now remain. Too much, some Israelis who attended the Jerusalem Day march would say. One young nationalist put it plainly for the cameras: “Every single spot belongs to us – not a single piece for other people.” 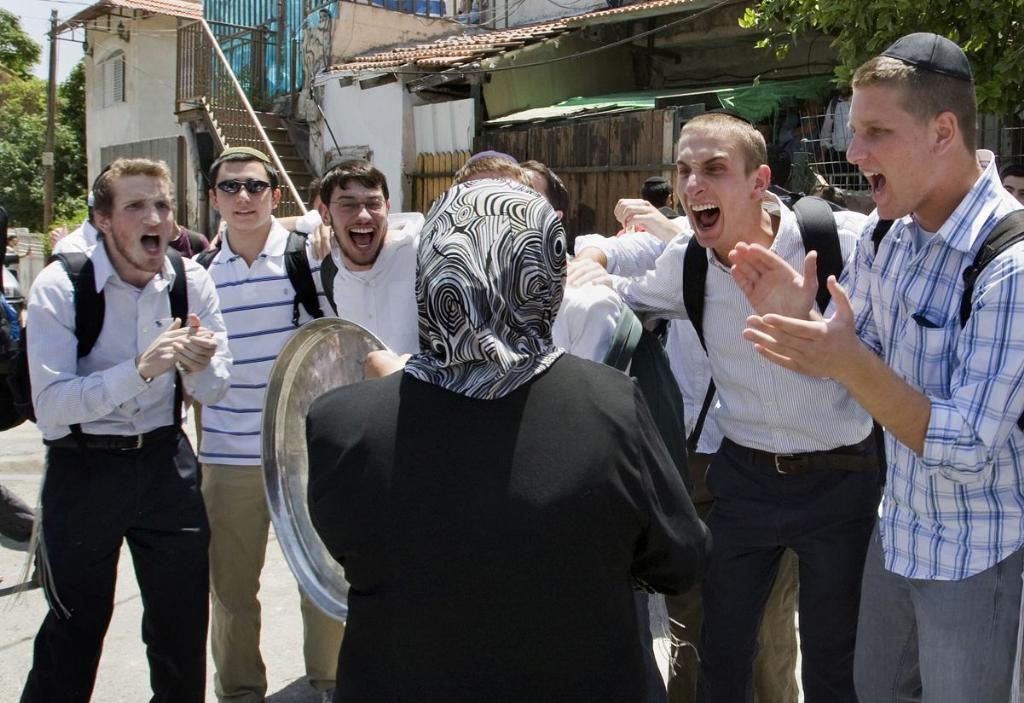 Racist Jewish squatters harassing and humiliating a Palestinian woman in the West Bank.