The Cult of ISIS 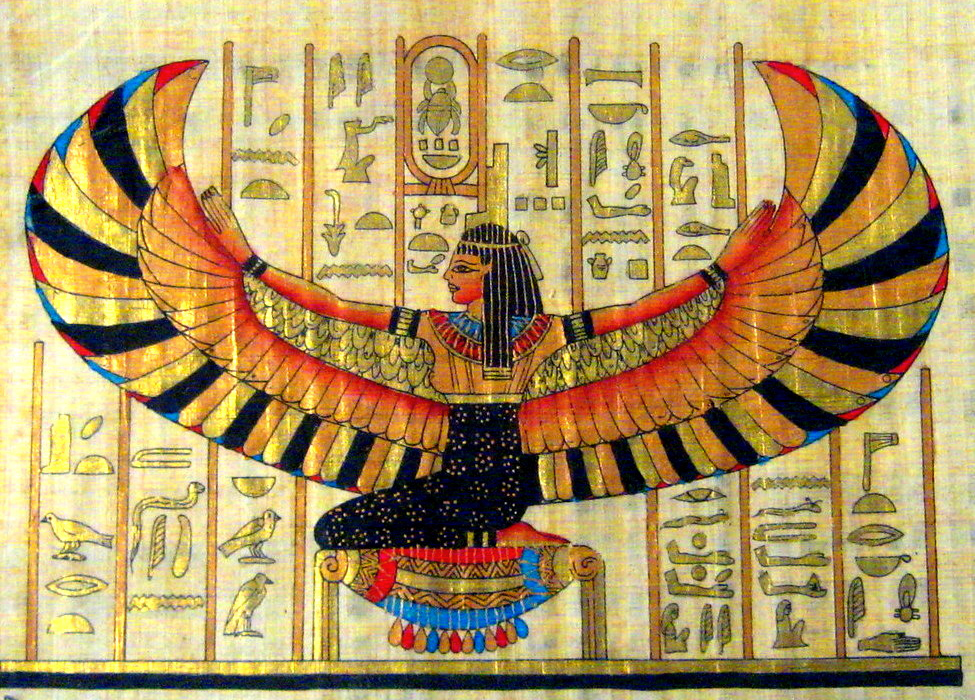 Isis, the ancient Egyptian goddess of natural law as well as magic and healing.

No, we’re not talking about any ancient Egyptian religious lore, even though geographically, we’re in the same general area.

We’re talking about the latest boogeyman trump card drawn by the “Four Horsemen of the Apocalypse” – US / UK / EU / Israel – bent on instilling fear, terror and panic amongst Western nations.

Today, “ISIS” allegedly stands for “Islamic State of Iraq and Syria,” a demented terror organization that suddenly sprouted out of nowhere filling Western media headlines with gory decapitation scenes carrying many of the trappings of a Hollywood super-thriller where reality and fiction merge to distract, confuse and fool the gullible masses.

ISIS is one of the names – or should we say trademark – under which this very scary terror group is known. Uncannily, “ISIS” seems to be the name of the “prototype” – so-to-speak – coming straight out of CIA / MI6 / Mossad PsyWar arsenals or, more likely, from PsyWar think-tanks backing them from afar: the London-based Tavistock Institute? the US-based Council on Foreign Relations? Even the more globalized Trilateral Commission?

For “ISIS” underwent several rather odd name-changes occurring almost as fast as its surprisingly sudden appearance almost out of nowhere. The names under which it trades often overlap in the mainstream media, which variously refers not only to ISIS, but also to ISIL – Islamic State In Levant – which is more ambitious in its territorial scope, spanning the whole of the Middle East and not just Iraq and Syria.

After a spate of “identity crises,” the organization now seems to have settled on something shorter, catchier and very straight to the point: “Islamic State.” How convenient for the Western Powers’ “Global War on Terrorism,” since “Islamic State” aptly demonizes the whole of Islam.

But let’s take a closer look at Islamic State’s little war. Who are its enemies? Who do they most hate? Who do they so viciously attack? And, just as important: Who do they not attack? Who do they ignore and leave alone?

– First and foremost, IS focuses its attacks on parts of Iraq and Syria not under US-puppet control; notoriously, it targets Bashar al-Assad’s Syria where they have wrenched from government control several governorates including Aleppo;

– IS calls for “Holy War” against Shiite Iran, and also against Russia which stands firmly behind both Iran and Syria;

– IS attacks Kurds and Christians of many denominations throughout the region, mainly targeting civilians, monks and priests.

– If this sounds strange; the following is even stranger: for some “unexplained” reason Islamic State does not attack US allies in the Middle East like Saudi Arabia, Kuwait, UAE, Qatar or Bahrain. Even more oddly, IS does not attack Israel whom Arabs are supposed to consider their greatest regional enemy;

– IS did not even take advantage of the fact that during July and August Israeli forces were busy, busy bombing and leveling Gaza to the ground whilst its global prestige sank to new sub-zero depths! Now, wouldn’t that have been the IDEAL time for IS to use all its new-grown military punch to hit Israel really hard, even if only out of solidarity with the martyred Palestinians? But no, some unfathomable stroke of political absentmindedness had IS looking the other way.

So: Here we have ISIS/ISIL/IS murdering untold thousands of Iraqis, Syrians, Kurds, Christians, Shiites of all nationalities, but never touching Israel nor European and US homeland and foreign interests save for a handful of allegedly beheaded hostages.

But, wait a minute. What a coincidence! Those are pretty much the very same foes and friends of the “Four Horsemen of the Apocalypse” presently waging their “Global Mega-War on Terror!”

I have a question: is Islamic State’s geopolitical strategy being drafted by some team inside the Pentagon? Or the State Department?

I mean, after Russia drew a red line in Syria in September 2013, which lame-duck President Obama dared not cross, Neocons – who always have the last word in that Mud-Footed Colossus known as The United States of America – were not able to get away with bombing Syria to smithereens as they did in Iraq, Libya, Afghanistan and parts of Pakistan.

Then in comes “Islamic State” giving the US the PERFECT excuse to bomb Syria, re-bomb Iraq and ready itself for “years of war on terror.”

Naturally, Islamic State cannot do this on its own. This is why it counts with “a little help from its friends” in the Western media, whipping up “fear, terror, trembling, panic, shock and awe…” in the old Randolph Hearst “yellow” journalism style.

1 Response to The Cult of ISIS