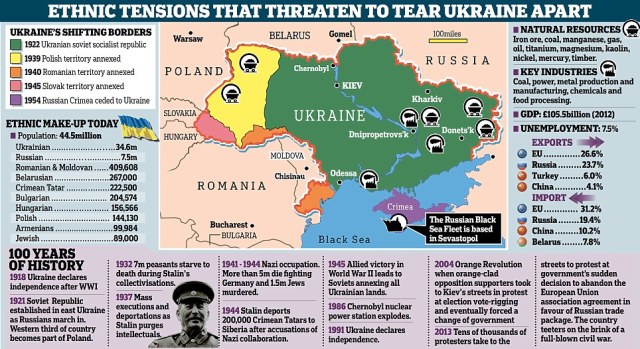 The EU’s so-called “crisis plan” for Ukraine is itself a recipe for catastrophe. It is a brokered plan by the wrong people, under extreme (Western) outside pressure, and on behalf of a small group of backward looking and dangerous ideologues.

The idea to return to the constitutional order of 2004 is pointless and truly bizarre. One of the key issues during the Orange Revolution was which institution should predominate – the presidency or parliament. Well, the Ukrainians have now tried both with the same result – failure. Why a parliamentary-centered system will work now is not explained. What is worrisome is the fact that Viktor Yanukovich has agreed to give away to parliament control over the police and security forces. Don’t expect any investigation into extreme violence committed by the rioters. But do expect a witch-hunt against the police and security forces!

The brokered deal calls for a “national unity government” within days. Will this include the Right Sector? How about those who used violence against the legally established constitutional regime? If this is the case, then it is akin to allowing arsonists to become firefighters. While Dmitro Yarosh’s Right Sector controls the streets of Kiev, national unity is an illusion.

Another point is constitutional reform. This is laughable on its face. The opposition (and their riotous thug friends), as well as the EU, have trampled upon the constitution for months. Ukraine has conducted two elections recently (presidential and parliamentary) and been given a clean bill of health from Brussels and Washington. With such blatant abuse of the rule of law in Ukraine, it is hard to believe that ultranationalist bigoted rioters have any use for any constitution.