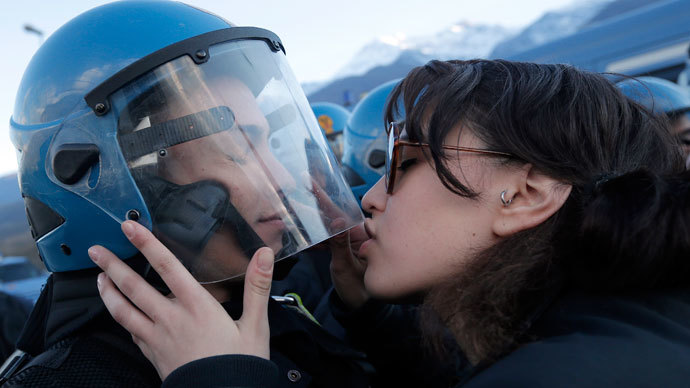 An Italian student protester may end up in court after a photograph of her kissing a riot police officer started making the rounds and became hailed as a symbol of peaceful protest. She may now face sexual assault charges.

The incident happened during a demonstration against the construction of a rail link in the north of Italy.

Nina de Chiffre, a 20-year-old protester, had used the opportune moment to first kiss, then lick a police officer’s helmet visor. The moment was caught on camera, and the photo ended up going viral. It was hailed as an example of sending a message of love and peace and non-violent protest.

But the situation quickly went south for de Chiffre, after the Italian police union – COISP – ruled that the act was in fact sexual assault, and filed a complaint with a court in Turin, Italy’s La Repubblica reported on Sunday.