American Exceptionalism is Nothing New 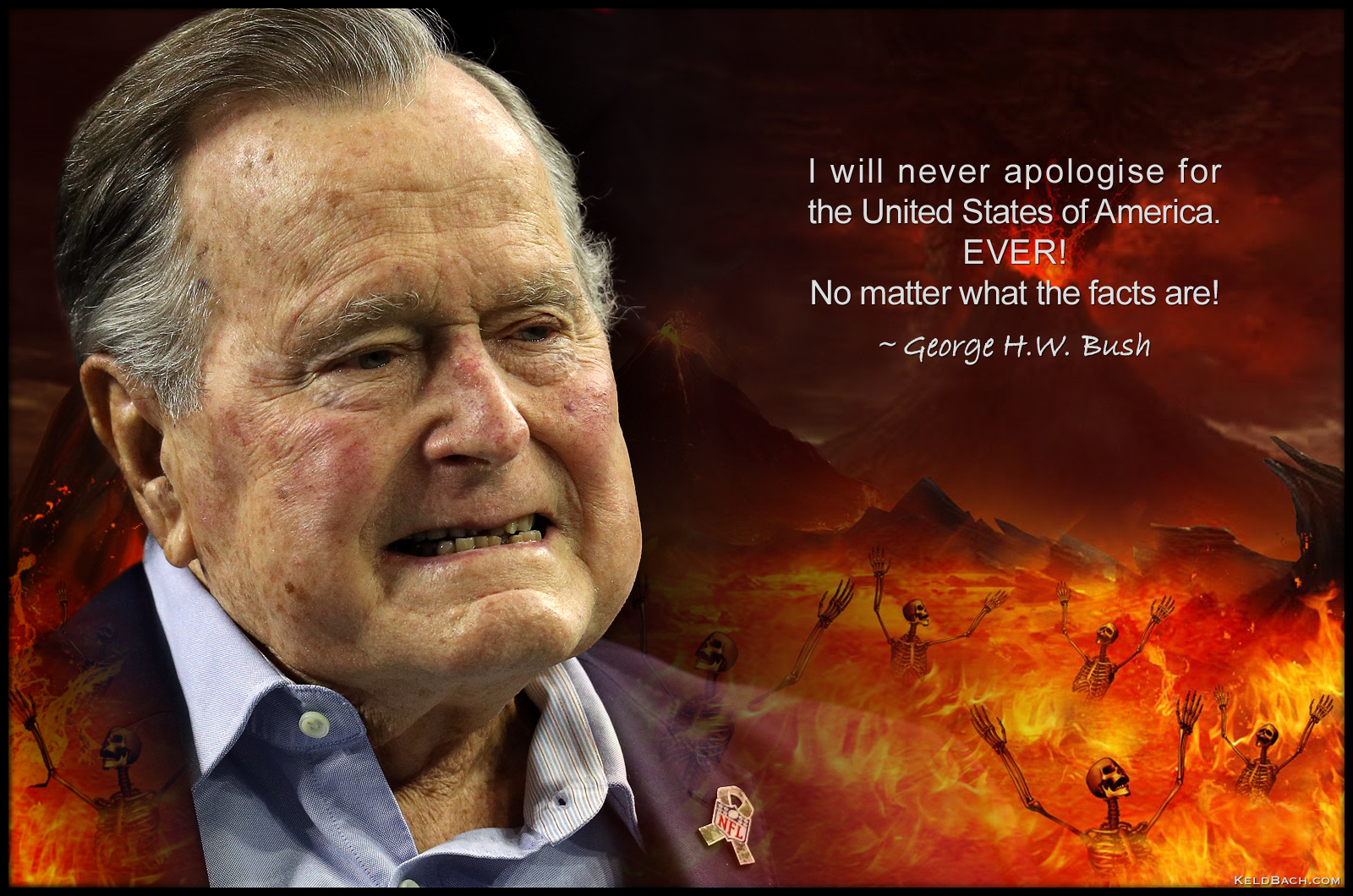 Background image of Bush courtesy of Getty Images, modified by me. Click image to enlarge.

Another war criminal and ultra nationalist has gone home to roast. The quote is from George H.W. Bush’s presidential election campaign in 1988.