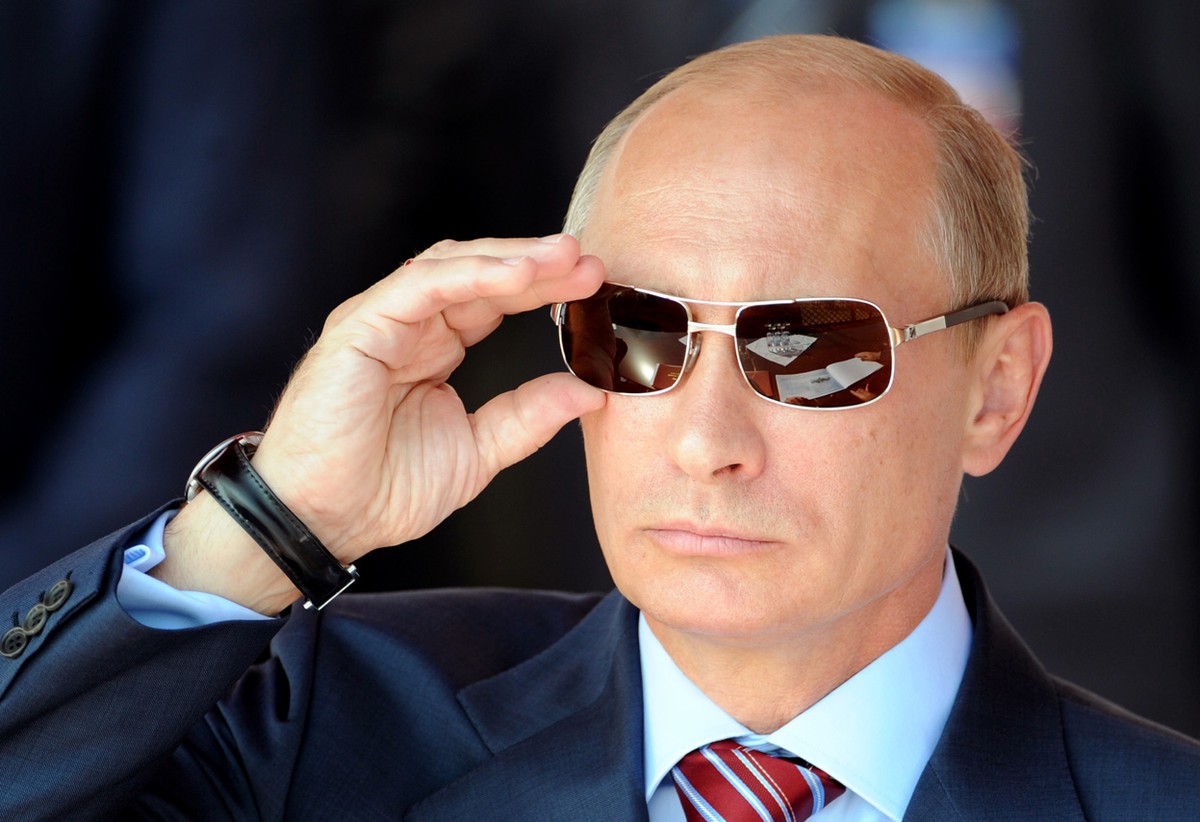 Russian Prime Minister Vladimir Putin adjusts his sunglasses as he watches an air show during MAKS-2011, the International Aviation and Space Show, in Zhukovsky, outside Moscow, on August 17, 2011. (Dmitry Kostyukov/AFP/Getty Images)

Accusations of the West towards Putin traditionally are based on the fact that he worked in the KGB. And therefore he is a cruel and immoral person. Putin is blamed for everything. But nobody ever accused Putin of lack of intelligence.

Any accusations against this man only emphasize his ability for quick analytical thinking and making clear and balanced political and economic decisions.

Often Western media compares this ability with the ability of a grandmaster, conducting a public chess simul. Recent developments in US economy and the West in general allow us to conclude that in this part of the assessment of Putin’s personality Western media is absolutely right.

Despite numerous success reports in the style of Fox News and CNN, today, Western economy, led by the United States is in Putin’s trap, the way out of which no one in the West can see or find. And the more the West is trying to escape from this trap, the more stuck it becomes.

What is the truly tragic predicament of the West and the United States, in which they find themselves? And why all the Western media and leading Western economists are silent about this, as a well guarded military secret? Let’s try to understand the essence of current economic events, in the context of the economy, setting aside the factors of morality, ethics and geopolitics.

After realizing its failure in Ukraine, the West, led by the US set out to destroy Russian economy by lowering oil prices, and accordingly gas prices as the main budget sources of export revenue in Russia and the main sources of replenishment of Russian gold reserves.

It should be noted that the main failure of the West in Ukraine is not military or political. But in the actual refusal of Putin to fund the Western project of Ukraine at the expense of the budget of Russian Federation. What makes this Western project not viable in the near and inevitable future.

Last time under president Reagan, such actions of the West’s lowering of oil prices led to ‘success’ and the collapse of USSR. But history does not repeat itself all the time. This time things are different for the West. Putin’s response to the West resembles both chess and judo, when the strength used by the enemy is used against him, but with minimal costs to the strength and resources of the defender. Putin’s real policies are not public. Therefore, Putin’s policy largely has always focused not so much on effect, but on efficiency.

Very few people understand what Putin is doing at the moment. And almost no one understands what he will do in the future.

No matter how strange it may seem, but right now, Putin is selling Russian oil and gas only for physical gold.

Putin is not shouting about it all over the world. And of course, he still accepts US dollars as an intermediate means of payment. But he immediately exchanges all these dollars obtained from the sale of oil and gas for physical gold!

To understand this, it is enough to look at the dynamics of growth of gold reserves of Russia and to compare this data with foreign exchange earnings of the RF coming from the sale of oil and gas over the same period.

Moreover, in the third quarter the purchases by Russia of physical gold are at an all-time high, record levels. In the third quarter of this year, Russia had purchased an incredible amount of gold in the amount of 55 tons. It’s more than all the central banks of all countries of the world combined (according to official data)!

In total, the central banks of all countries of the world have purchased 93 tons of the precious metal in the third quarter of 2014. It was the 15th consecutive quarter of net purchases of gold by Central banks. Of the 93 tonnes of gold purchases by central banks around the world during this period, the staggering volume of purchases – of 55 tons – belongs to Russia.

Read the full article at Investcafe (translated by Dmitry Kalinichenko)

Related: How Russia Outmaneuvered the West Financially in Ukraine