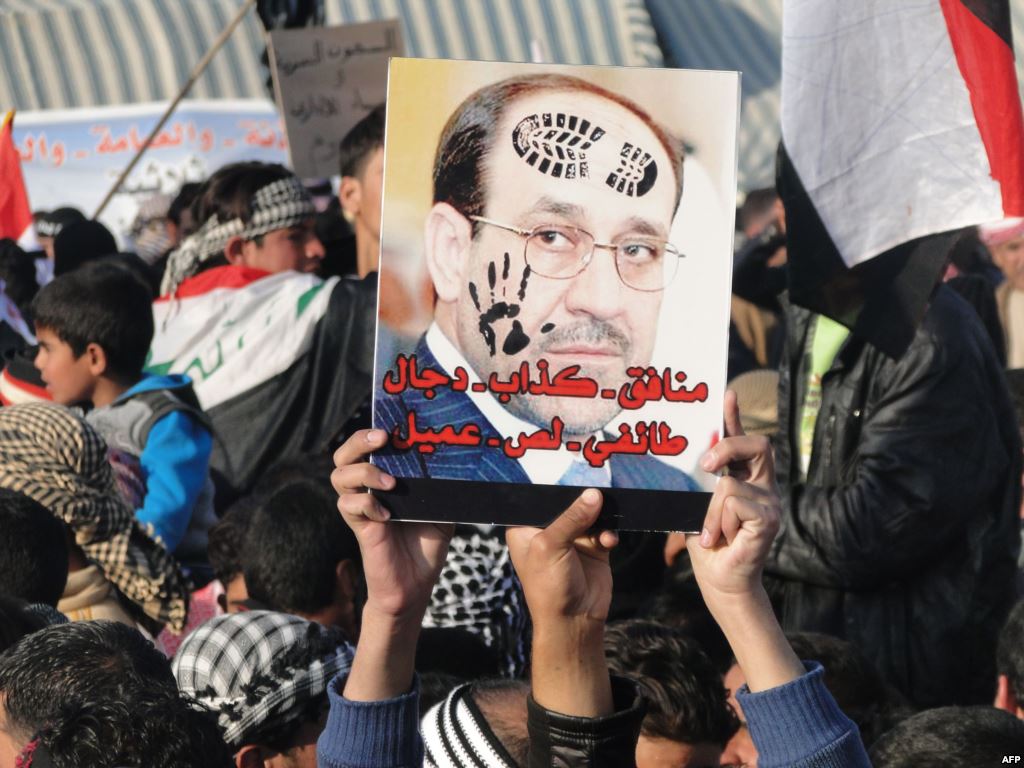 Removal of Maliki from office, ending Iranian meddling and the establishment of a temporary nationalist, democratic and non-sectarian government, is the sole solution to the crisis in Iraq that is endorsed by significant sections of Iraqi society. The popular uprising in Iraq and the liberation of its cities one after the other, together with the collapse of Maliki’s forces and their mass desertion and retreat in face of the tribes, is continuing on a rapid basis. A number of facts on this development are as follows:

1. The propaganda by Maliki and his masters in Tehran, generously repeated by the Western media, that these regions have fallen into the hands of extremist terrorists of the Islamic State of Iraq in the Levant (ISIL), is ludicrous and baseless. Liberating around 100,000 square kilometers of Iraqi territory with a population of several million by an isolated and extremist group of several hundred or even several thousand members is preposterous.  It is the tribes and ordinary Iraqi citizens who have risen up in anger against Maliki.

2. Under the pretext of fighting terrorism, Maliki and the Iranian regime on the one hand try to justify the interference of the Iranian terrorist Qods Force and the invasion of Iraq by the revolutionary guards and on the other hand attempt to encourage the United States to militarily interfere in favour of Maliki to repeat its past blunder in Iraq, on an even more dangerous scale. We in the West have to acknowledge that this is a popular revolution against Maliki and the suppressive and criminal regime, organized with the assistance of the United States and of course under the guidance and leadership of the religious fascists ruling Iran with the expenditure of hundreds of billions of dollars of the assets and oil wealth of Iraq.

3. The Iranian regime is now poised to save Maliki. In a telephone conversation, President Rouhani has promised Maliki every kind of cooperation.  Fox News wrote on June 13: “Some 150 fighters from the Revolutionary Guards elite Quds force have already been dispatched by Tehran, and the division’s powerful commander, Qassem Suleimani, met with Iraqi Prime Minister Nouri al-Maliki Thursday and pledged to send two notorious Iranian brigades to aid in the defence of Baghdad.”  And The Wall Street Journal of June 12 wrote: “At least three battalions of the Quds Forces, the elite overseas branch of the Guards, were dispatched to aid in the battle against the Islamic State of Iraq and al-Sham, an offshoot of al Qaeda rapidly gaining territory across Iraq, they said: “One Guards unit that was already in Iraq fought alongside the Iraqi army, offering guerrilla warfare advice and tactics and helped reclaim most of the city of Tikrit on Thursday; two Guards’ units, dispatched from Iran’s western border provinces on Wednesday, were tasked with protecting Baghdad and the holy Shiite cities of Karbala and Najaf.”  These reports only reveal part of the reality and support our constant warnings about the meddling of Iran.

4. Reports on Nineveh and Salahaddin provinces filed by journalists from CNN, al-Jazeera and BBC among others, support our previous intelligence that no violence or aggression has been carried out against the indigenous population. The residents of these areas are happy that Maliki’s forces have fled and public and private properties now enjoy relative security. The mass exodus of refugees from these cities is due to the bombardment by Maliki’s forces, although 48 hours after the liberation of Nineveh, the wave of refugees has markedly ebbed and some have already begun to return.

The Association of Muslim Scholars in Iraq (AMSI) said on Friday that describing the rebels who drove the Iraqi army from several cities as operatives of the Islamic State in Iraq and the Levant (ISIS) is incorrect. They decried the designations as an attempt to abort the uprising in the country.

About the routing of the Iraqi army, the statement said: “This is an achievement that will infuriate many parties inside and outside Iraq, including those with external agendas that harmed the country for years.”

Despite claims that it was the ISIS which took over the cities and towns, several Iraqi sources have pointed out that tribal rebels as well as other Iraqi fighters constitute the main force currently fighting the Iraqi army, in addition to some affiliated to ISIS.

Related: The Iraq Perspective the Corporate Media Doesn’t Want You to Hear