It is the West, Not Russia, That has Behaved Recklessly in Ukraine 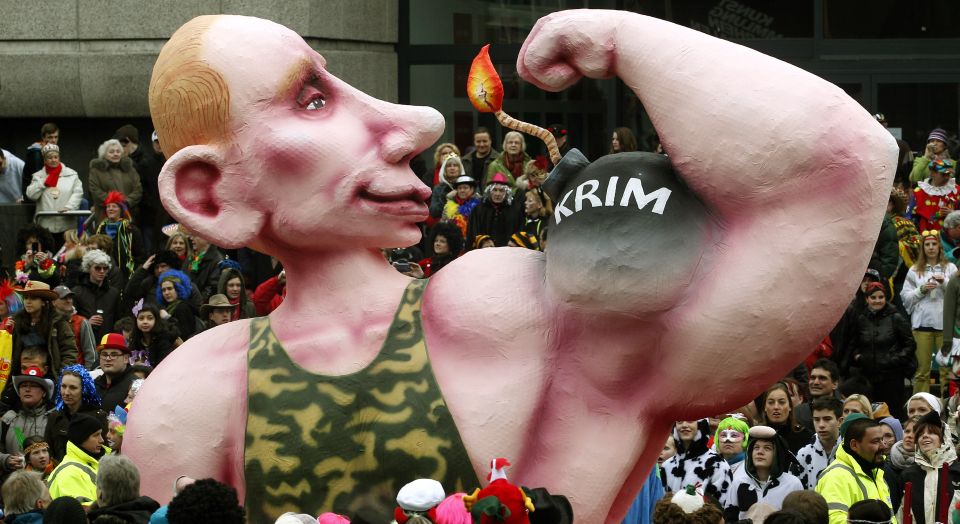 Western observers ditch their critical faculties whenever Russia is involved.

No sooner does the great bear of the East speak or act on an issue beyond its borders than Western observers, of both a right and left-wing persuasion, switch off the bits of their brains that do actual thinking in favour of indulging in thoughtless Moscow-mauling.

The right does it because it desperately misses the Cold War, when the world was neatly split between good guys and really, really bad guys, and it hopes that by posturing against Putin it might resuscitate, however fleetingly, that old West-flattering, heart-swelling global divide.

And left-leaning observers do it because they miss 1989, when many of them cut their political and media teeth by reporting on Eastern Europeans’ uprisings against Soviet power, and now they hope that every instance of stone-throwing against Russia or one of its friends is another Velvet Revolution in the making (and more importantly that they will become the new Timothy Garton Ash by reporting on it).

So all sorts of Westerners approach global spats involving Russia armed with moral narratives, with scripts yanked from history which, godammit, they will squeeze this latest spat into, whether it fits or not.

The story we are told about Ukraine, from the front pages of the tabloids to the editorial pages of liberal broadsheets, is that big bad Russia is declaring actual war in Ukraine and a war of words against the West. It is cocking a snook at Washington and Brussels. A people – the Ukrainians – have held a glorious and freedom-fuelled uprising against a Russia-friendly dictator, and Russia has responded with menacing force, sending troops to the Crimea. It’s like 1989 all over again.

There’s only one problem with this faded, yellowing script from yesteryear that is being imposed on to events in Ukraine: it is colossal nonsense. Here are just some of the ways in which pesky reality renders the self-flattering Western narrative null and void:

1) Unlike in 1989, the man deposed by crowds of protesters in Ukraine – Viktor Yanukovich – was not a dictator or party secretary imposed on Ukraine by Moscow. Rather, he was elected, freely and fairly, in 2010, by 12,481,266 people, 48.95% of those who voted. So we have a situation where the West is cheering the ousting of a democratically elected leader while Russia is expressing concern about it. Awkward.

2) Unlike in 1989, the protesters in Ukraine are not all nice, democratic, Western-leaning individuals who read Der Spiegel and listen to Lou Reed. The camps in Kiev also had a healthy (or rather unhealthy) smattering of far-right activists and even anti-Semites. And now, the far-right party Svoboda, which thinks Ukraine is threatened by a ‘Moscow-Jewish mafia’, controls three ministries in the new interim government. So we have a situation where Westerners are cheering as democratic and liberal a government that has anti-Semites in it. Again, awkward.

3) Far from storming into Ukraine to prop up Yanukovich, Moscow actually kept its distance while conflict brewed there over the past three months. It was only with the effective fall of the Yanukovich government, and its replacement by an EU-selected, Washington-approved new government, that Russia sent troops to its borders with Ukraine and Crimea. Which is kind of understandable given that Russia shares a very long, porous border with Ukraine and Ukraine is currently a bit of an unstable mess. Russia is less trying to expand its empire than it is seeking to fortify its borders and its interests against instability in Ukraine and pressure from Brussels and Washington.

The truth is that it is not Russia that has behaved recklessly in Ukraine – it is the West. It was Western politicians who stirred up the tensions in Ukraine over the past three months, by actually visiting the protest camps in Kiev and telling their inhabitants that theirs was a ‘just cause’. It was also Western politicians who had high-level talks with oppositional leaders in Ukraine, advising them on how and when to form a new interim government to replace Yanukovich’s. Such meddling had a far graver impact than anything Russia did at the end of 2013 or start of 2014, since it further isolated Yanukovich, emboldened the protesters, and made violent conflict all but inevitable. It was the infantile, nostalgic meddling of Western governments in Ukraine, their use of Keiv as a stage on which to have a fancy-dress re-enactment of the Cold War years, which propelled that country towards ruin.

Yet rather than ask awkward questions about the West’s role in this debacle, or about the prejudices and political weirdness of the interim government the West has helped to impose, observers switch into Moscow-mauling mode. Even right-wingers who are normally suspicious of the EU are lining up unquestioningly behind Brussels’ claim that a glorious revolution has occurred in Ukraine. And left-wingers who claim to hate Western-orchestrated regime change and racism are cheering the West’s elbowing aside of an elected president and his replacement by a government that includes anti-Semitic elements.

It’s time these observers ripped up their Cold War scripts. They should also sit down and brace themselves, because I’m afraid I have some bad news for them: if you are insistent on using good guy / bad guy terminology when talking about international affairs, then the bad guys in Ukraine in 2014 are… you.